The AG1500S ReGenerator- What’s in a letter?

Due to be released in June the new AG1500S AC ReGenerator has built upon the success of the previous AG1500 model with some major upgrades. So what difference does that extra letter make? 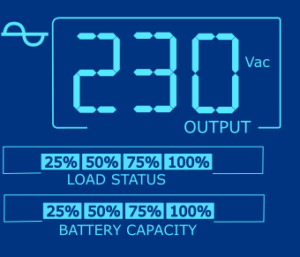 Previous ReGenerator units have had a fixed output voltage and frequency. For those travelling to places which operated on a 60Hz frequency this required a factory adjustment. The unit was suitable for either 50 or 60Hz but not both.

The new AG1500S auto detects the frequency and adjusts itself automagically, allowing for the unit to be operated in any area.

As well as the frequency improvement, the output voltage can now be adjusted. The AG1500S can be set to output 208V, 220V, 230V or 240V, via the LCD panel, depending upon your requirements. Note as with the previous model the output voltage is fixed and unwavering.

The earlier models were sine wave too of course with a Total Harmonic Distortion (THD) of under 3% and typically 2%. THD is simply a measure of how far away the output is from a pure sine wave, the lower the number the better. Anything lower than 8% can be called sine-wave.

The AG1500S has a THD of 2% and typically is 1%. This may seem a small change but it registers a substantial improvement in power quality. So much so, that our beta testers have said they thought the AG1500 was good, but the AG1500S is so much better.

Fan speed is problematic of course as it generates noise. The standard way for fan speed control is to have the fan speed controlled by the amount of load the unit is delivering. However this leads to unnecessary increase in fan noise especially in audio environments where the load is not constant but rather has sharp peaks of demand. This is why we introduced a control mechanism in the original AG units, allowing you to set the fan speed depending upon your own set up and requirements. However, this can lead to the unit overheating and tripping out if set too low.

We’ve devised a novel way of controlling the fan speed with the speed adjusted automagically to the unit needs. If it’s getting hot the fans will speed up and slow down again when it cools. This way your ReGen won’t unexpectedly cut out and scream at you. Another feature we put in is that on power up the fans will ramp up to full speed for a few seconds and then revert to the appropriate setting. This way you can be confident that the fan circuitry is in good order – and if it isn’t the fans are defaulted to run at full speed so the unit can be used until a service can be arranged.

What’s more the unit efficiency has been improved to a remarkable 93% peak – which means the unit doesn’t generate as much heat in any case. In our lab tests, even running at a constant full load the fan noise was minimal. This high efficiency means the unit costs less to run as well as not pumping as much hot air into what may be an already warm environment.

A big change from the AG1500 is the changeover to IEC socket outlets. Some liked the national socket outlet on the AG1500 but others found that this required the use of extension blocks as one socket wasn’t enough. So we’ve now got six of the IEC 10A socket outlets and one of the high current 16A outlets. The unit comes with a rewireable 16A plug allowing you to rewire your main cable. This of course means that there are no fuses in the output stages which we know is of importance to some users.

There’s also now a much smaller battery connection port to allow the connection of a separate battery pack. For those of you with existing ReGen battery packs please note the battery voltage is different and so they can not be interchanged (plus you would need to get a different cable adaptor).

We’re delighted with the performance of the AG1500S ReGenerator in our lab bench tests. The unit functionality, performance and robustness have all been put to the test and has come out with flying colours. We’ve had the unit out on test with a number of eager audiophiles who have reported extremely positive results using the AG1500S:

We’ve currently got the demo unit out on review with a well known HiFi mag, so we’ll keep you updated with the results of that when it’s in.

Incidentally, the last comment above refers to our TX unit. Now this is not a ReGen but one of our isolated UPS Systems. The reviewer of the AG1500S said the TX was an improvement over the AG1500, but the AG1500S was close. Now the TX series is not quiet and not suitable for anything other than professional AV applications with a separate equipment room, so if you’re in this market the TX series may be an alternative for you.

The new AG1500S will have a retail price of £599 including VAT, delivered. I’ll let you into a secret though, since we’re 10 years old this year we’ve a promotion running  – get 10% off the AG1500S by using the discount code “10years” when asked in the order process. The code is valid until the end of August. Click for the AG1500S Webstore Page or to download the brochure.

Other Posts
Great savings on the MAXICs!
39 Points at Team Meeting