Power Problems and How To Solve Them

Power Problems and How To Solve Them

Electricity is mainly generated by turning a large magnet through coils of wire. This induces a clean sinusoidal waveform that can be transmitted down cables, stepped up and down using transformers, to eventually find it’s way into our homes, offices and factories. Along the way, however, some power viruses can interfere with this clean power and cause your equipment power problems. Some problems are obvious, and others not so. There’s generally accepted to be 9 power problems but there’s another problem which is often overlooked and we make it 10.

This is one of the most obvious power problems. A complete loss of power. Caused by a variety of reasons, tripped breakers, fuses blown, faults on the utility line, the list goes on. Some power cuts are brief lasting only a moment, for example lightning striking a power line causing protection equipment to operate and then reset. Some may be for hours or days, for example when a cable is dug up by accident. Others last until the breaker is reset. Whatever the cause a sudden loss of power is clearly undesirable for electrical equipment. 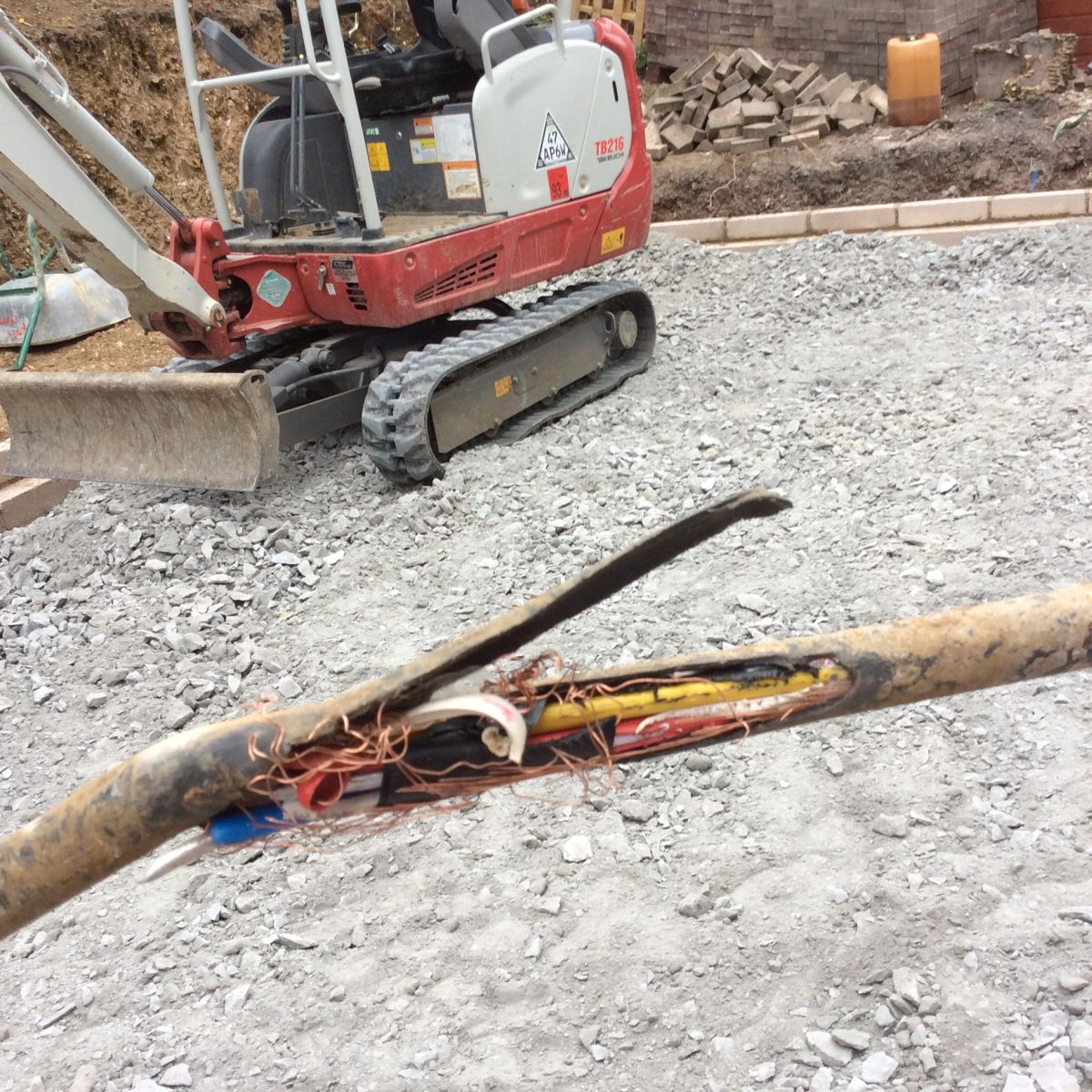 Only a UPS System can protect against black outs. Your choice of UPS will depend upon the load you are protecting and the amount of time you need support for.

Also known as a power dip, this is where the power momentarily drops. It’s usually caused by the start up of heavy electrical equipment. Other causes include overloads on the network, or utility switching. Note that the plant that is causing the power sag may not be in your building but sharing the same substation. The severity of the dip will impact equipment in different ways. Some equipment will have a natural ability to cope for momentary dips where others will shut down or reset.

You will need a UPS System to protect against a power sag.

Some call it a spike, but in any event it’s a short term high voltage on the power line. Usually caused by lightning, which doesn’t have to be a direct hit on the power lines but nearby causing the spike to be induced onto them. The surges are generally destructive in nature as most equipment is not designed to protect against them.

A surge protector or a UPS System will protect against surges.

This is where the voltage drops below 10% of the nominal voltage for an extended period of time. This is caused by high demand on the network. The effect is more pronounced the further you are away from the electrical substation. In fact, in rural areas this can be a problem when switching on everyday appliances such as ovens or electric showers. Brown outs affect different equipment in different ways. Computer systems tend to be able to cope well with brown outs as the switch mode power supplies have a wider input voltage. Other equipment that relies on  a stable AC source such as lighting, motors or heating will not fare so well. Equipment with linear power supplies such as in high end AV applications may fail entirely.

In order to protect against a brown out you will need some form of voltage regulation. A line interactive UPS System incorporates a boost function to raise the voltage higher by a fixed percentage to bring it into the nominal range. It does this without needing to revert to battery operation.

Also known as a voltage swell this power problem is caused when the demand on the network is lower than normal. This causes the output voltage from the substation to rise. This is a problem when the voltage is over 10% of the nominal. The effects of over voltage can range from overheating, diminished equipment life to complete equipment failure. It’s the inverse of the brown out in that the closer you are to the substation the more pronounced the effect will be.

Similar to the brown out you will need some form of voltage regulation. A line interactive UPS System incorporates a buck function to lower the voltage by a fixed percentage to bring it back into the nominal range.

This is generally noise between the live and neutral conductors and is called normal mode noise. Its caused by radio frequency interference (RFI) or electro-magnetic interference (EMI). This is usually from electronic devices with high switching speeds. Since the noise carries little energy it generally does not cause damage but rather disruption in the function of other electronic systems. Some filters may remove this, but this is not always effective. The best way to eliminate noise is to recreate the output waveform and this can only be done with an online double conversion UPS System.

Frequency variation can’t occur on the utility as this would require all the power stations in the country to suddenly change frequency. In fact, the frequency on the national grade is very tightly maintained at 50Hz. However, when you’re not connected to the utility and instead relying on a portable (or even large scale) generator then this can be an issue. As the load increases on the generator and in particular sudden large power draws from them causes the motor to slow down and hence change the output frequency. Some equipment won’t be affected by this at all but it can cause damage to other systems, particularly those with motors or other inductive devices.

The only way to protect against frequency variation is with an online double conversion UPS System.

More severe than electrical noise, switching transients are very fast high voltage spikes induced onto the power conductors. Caused by the switching off of inductive loads and variable speed drive systems. Such power problems may not be immediately damaging but they can cause degradation of devices subjected to them, particularly if the transient is of high enough voltage.

A surge suppressor can help if the magnitude of the transient is high enough, but these only work at levels above the nominal voltage. This means you could still have a transient of many hundreds of volts entering your equipment. Like with electrical noise a filter will help, but can only reduce a transient not eliminate it. The only way to be sure to eliminate the transient is with the online double conversion UPS System.

Harmonic distortion is where the supply voltage varies from a pure sine wave. The amount of variation is a measurement called the Total Harmonic Distortion or THD. Since we’re talking about voltage we call it THDv, not to be confused with THDi which is a measure of the distortion of input current which is a different thing entirely.

It is generally caused by non-linear loads. These are types of loads that don’t take current in a smooth sinusoidal fashion but instead take it in large chunks. Depending on supply characteristics these chunks of current cause a greater or lesser degree of distortion on the supply voltage. This causes problems for motors and transformers with hum and overheating. In three phase supplies harmonic distortion can actually cause the burning out of neutral conductors and surprise tripping of circuit breakers. Again the only way to eliminate harmonic distortion from your load is to use the  online double conversion UPS System.

That’s the main generally accepted 9 power problems that can cause issues for electrical and electronic equipment. But wait, didn’t I say there was a tenth?

In a modern electrical infrastructure this generally may not be a problem since the neutral and earth are tied together at the distribution board. This shorts them together and in theory eliminates any voltage or noise between them. However, particularly on long circuits with a lot of equipment on them, voltages can start to be created and common mode noise becomes an issue. Hospital laboratories are a prime example of this.

The way to solve common mode power problems is to isolate the load from the supply. This is exactly what the TX Series does. The in-built isolation transformer creates a new live and neutral, and the online double conversion technology then ensures a high quality stable output. An an added advantage the isolation transformer can provide a safety shield against electric shock which is particularly important in applications where water and electricity may mix. Again, hospital laboratories are a prime candidate. Thus the TX Series can also be defined as Laboratory UPS System. Click for further information on the isolation transformer.

The new summary is this. If you need to provide the highest degrees of power protection against power problems and viruses then the UPS Technology choice should be online double conversion, and the load should be isolated. Choose the TX Series Isolated UPS System. 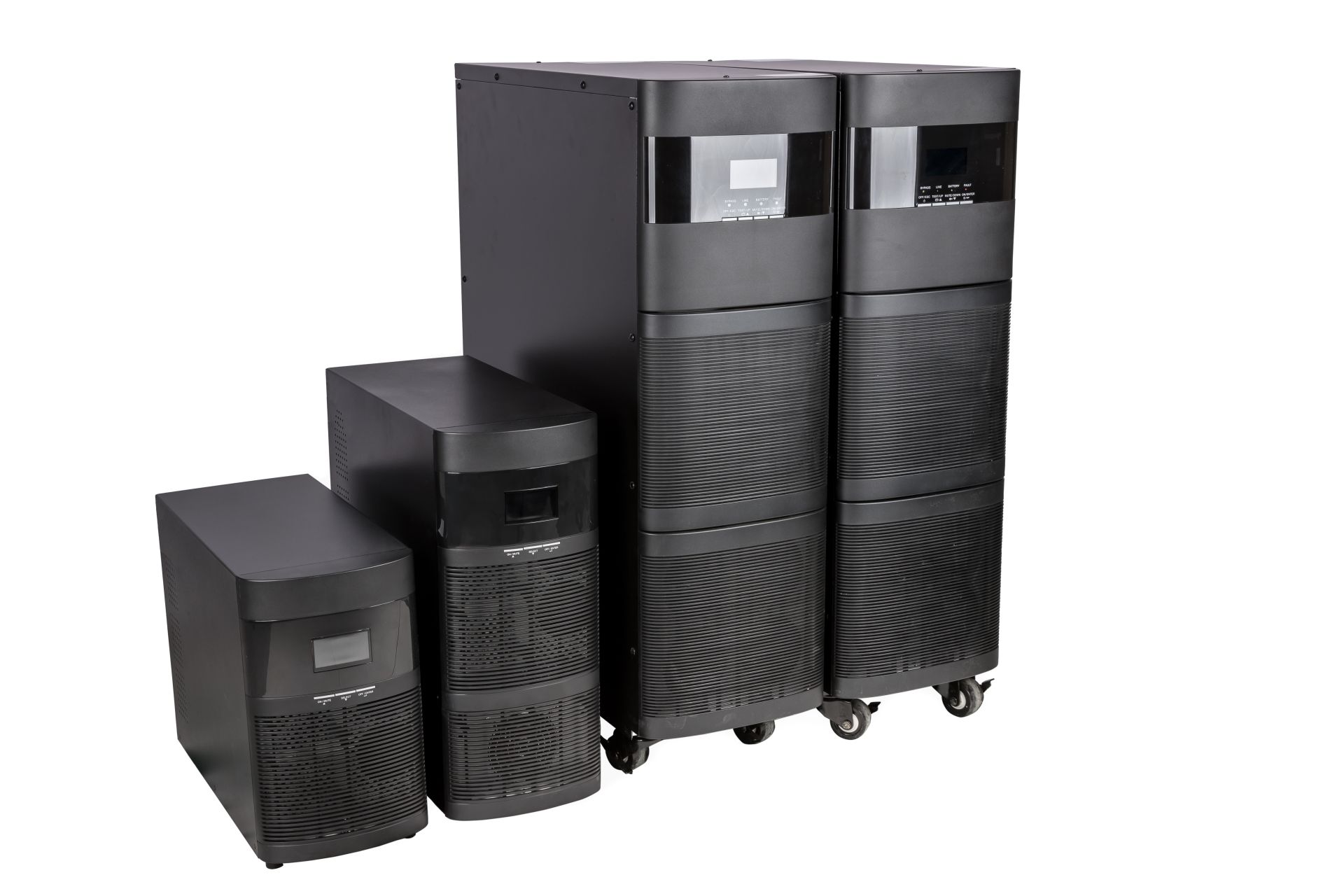 Other Posts
Tips How to prevent premature UPS battery failure
What is a negative 48Vdc system?