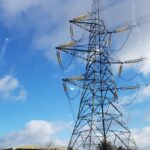 It was an August Friday, there was a sense of urgency prior to the blackout: people skipping around starting their weekend or at least the endorphins were being released with the anticipation that R&R was imminent for those that had the weekend off. This Friday was different, just before 5pm trains halted and traffic lights […]