With global warming and air pollution rising, countries across the world are adopting more environmentally friendly ways of generating energy – one of the most widely used ways being solar panel plants. Companies are not only making the designs technically sound but also eye pleasing. Here are our top 10 solar power plants that will make you re-think solar panel designs. 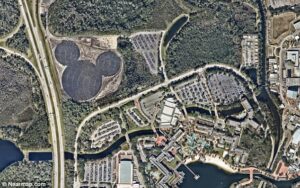 The 5 megawatt solar farm is located on a 22 acre farm near the Epcot area and it is shaped as Mickey Mouse’s head!  It contains 48000 solar panels arranged to represent the well known Disney character. Disney joined powers with Duke Energy who in exchange for use of the land power the Disney Orlando resort. The solar farm is capable of powering around 1000 homes and Disney claims it is so large that it can be seen from space.

In Datong, China, a company called Panda Green Energy built a giant 248-acre solar farm in a shape of China’s most famous animal species. It is expected that the Panda Power Plant will be able to produce 3.2 billion kilowatt-hours of solar energy in 25 years, eliminating a million tons of coal and reducing carbon emissions by 2.74 million tons. The black and white colouring was achieved by using dark solar panels and light thin film solar panels. The company aims to develop 100 similar panda shaped installations across China. 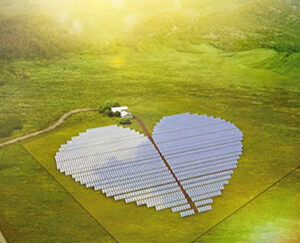 Even though it is yet to be built, the planned Heart of New Caledonia solar power plant is to be heart-shaped. The shape was inspired by Heart of Voh which is beautiful natural vegetation on the Voh Island in the Pacific Ocean. The 2 megawatt plant is planned to save 2 million tons of carbon emissions over 25 years and it will provide enough power to run 750 homes. 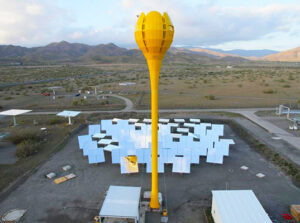 AORA Solar is to build the Solar-Biogas power plants in shape of Tulips in Ethiopia. The unique solar-hybrid system should provide energy and heat to support the local economy and off-grid locations in Ethiopia. AORA have already built similar systems in Samar, Israel and Almeria, Spain.

This spectacular solar plant was built in Spain and it occupies 520 acres of fields. The Gemasolar can supply 110 GWh per year which is enough to power 27500 homes. It is the first solar plant with a central tower receiver and molten salt heat storage technology used for commercial purposes. 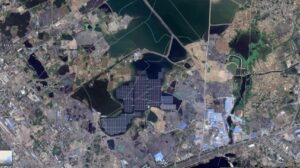 China aims to be the solar energy superpower and in recent years it has started to build more solar farms. Among others is the largest floating solar farm in the world located in Anhui near Huainan city consisting of whopping 12000 panels which was build on a flooded coal mine. The 40-megawatt power plant can power up to 15000 homes and even more strengthens China’s position as the world’s biggest investor in wind and solar energy. 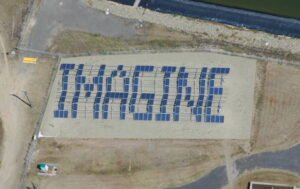 Australia’s first community-owned solar farm is located in Tathra and it consists of 120 250W panels placed to spell the word IMAGINE. It is expected to generate 40 MWh on average/annually and help power the adjoined Tathra’s sewerage treatment plant. Isn’t it amazing what a small grassroots community can do. 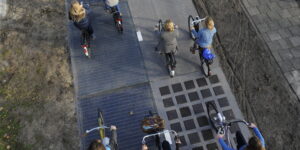 Installed in 2014, the Netherlands’ solar powered bike path has been a huge success. The path consists of thin solar panels protected with 1cm transparent coating. In the first year the SolaRoad produced 9800kWh of power, clearly a novelty project but larger scale projects are emerging. 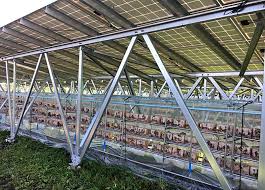 Two farms in Japan will trial a new business model incorporating solar panels. The combined power they can produce is 4000 kilowatts that can be sold to the local utility, and they are expecting to grow around 40 tons of mushrooms each year! The darkness and humidity under the solar panels is ideal for mushroom growth and the project leaders hope that it will help farmers obtain stable income and it will contribute to sustainable development of Japan. 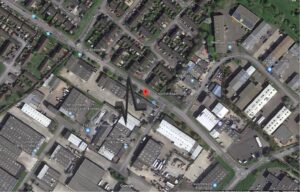 If Power Inspired had a Solar Farm, we’d call it “The Spike”. It would be a solar plant designed in a recognisable shape using our MAXIC inverters, visible from the M40 to remind everyone that sees it renewable energy has a place in our future power sources.*

*Disclaimer: this section is for humorous purposes only and does not include true information

Our MAXIC is an ideal solution for solar applications. More information about our MAXIC solar inverter / charger can be found here.